This notice was kindly sent from Hidden Heritage  (http://hiddenheritage.org.uk/explore/tarbet-isle/ ) to PFM by Fiona Jackson. Thank you Fiona for the connection!

Tarbet Isle lies in Loch Lomond, within a few hundred metres of the shore at Tarbet. It is also known locally as 'Honeymoon Island', because of the tale that newlyweds were sent to spend a week on the island - if they were still on good terms at the end of the week, it was deemed a sign that the marriage would be successful!

Arrochar and Tarbet are steeped in Macfarlane heritage,

MACFARLANE Scottish ARCHAEOLOGY (as of September 2012)

It is envisioned that many various reports and articles concerning MacFarlane Archaeology will regularly be put here for our members to read and learn about. Shown and described here are four Archaeology studies of MacFarlane sites in their Arrochar of land and waters of Loch Lomond area. They acquired this land from 13th century Charters. 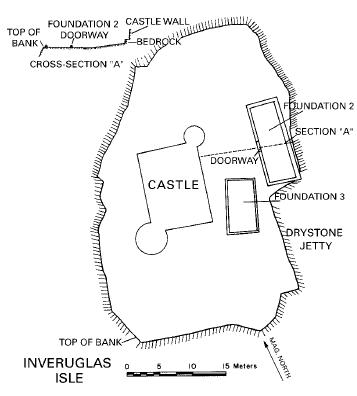 We want to thank David R. Starbuck (Associate Professor of Anthropology/Sociology at Plymouth State University) for allowing us to republish his article By Yon Bonnie Banks, An archaeological search for Clan MacFarlane. His efforts to preserve and catalog key archeological sites of MacFarlane interest is of extreme importance.  It's our hope that you find his contribution to our preservation of heritage as valuable as we do. Please click the "Read More" button to read his article in its entirety.