The presence of Presbyterian ministers in Ireland meeting with congregations goes back to the earliest years of the Plantation in 1611; however the first Presbytery was not established until June 1642 at Carrickfergus with five ministers and four ruling elders from Scotland. They accompanied the troops sent from Scotland to defend the Ulster Scots during the uprising that was occurring. In the meantime back in England and Scotland, the Civil War resulted in King Charles I execution. The Ulster Presbytery met in 1649 in Belfast and condemned the King’s execution, which meant they could not be trusted by Parliament. Lord Protector Cromwell made it clear that all Presbyterian ministers would be arrested if they did not take an Engagement Oath (Loyalty Oath), which led many to flee to Scotland. More persecution followed with the Act of Uniformity in 1662 which stated that all ministers must be ordained in the Episcopal manner; therefore the Irish Presbyterian Synod, which last met in Balleymena in 1661, did not meet again until 1690. Everyone had to pay tithes to the Established Church (Church of Ireland), consequently Presbyterian ministers who were willing to financially scrape by with whatever support they could muster locally, conducted services in private homes and occasionally built “meeting houses” outside city walls. (Kirkpatrick, pp. 24, 29, 30, 31)

Nevertheless, the Presbyterians continued to meet and build places of worship. In the area west of the River Foyle, the Laggan Presbytery was established, consisting of today’s County Donegal in the Republic of Ireland. There are nine congregations here that trace back to the 17th Century.

The oldest congregation in the Laggan district is Monreagh, where Robert Cunningham was the first minister from 1644 to 1655. 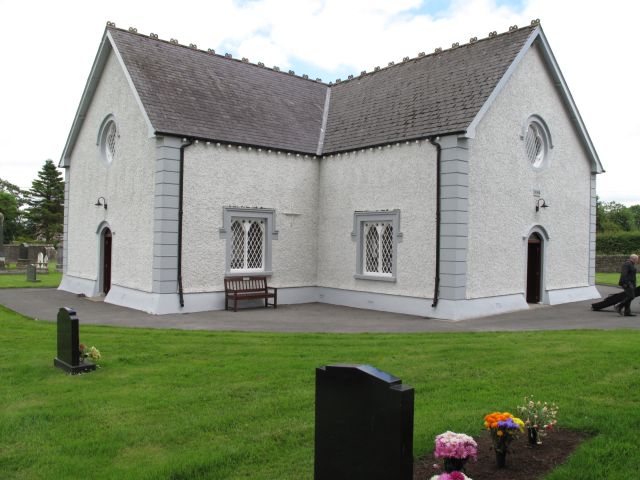 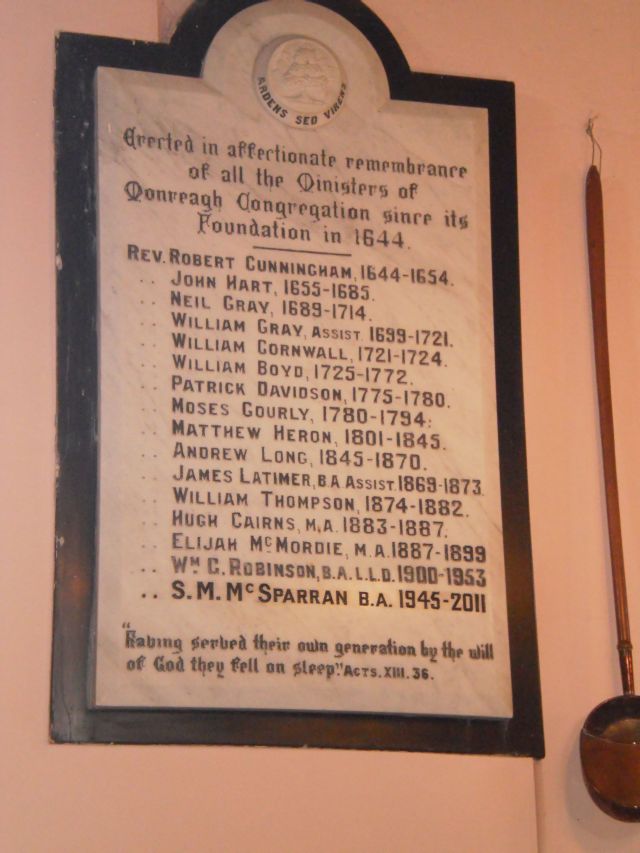