Hello Clan members. Welcome to spring, and hopefully milder weather. In the previous Twigs to Trees,  I published the SNP breakdown for our largest group of testers in the MacFarlane DNA project at FTDNA. Most recently, as the result of new Big Y tests in the BY3019 group, we have discovered that SNP 146078 began with the birth of John McFarland, born 1739, the eldest son of John and Mary Montgomery McFarland. We know this because a descendant of John’s (b. 1739) youngest brother, Benjamin (b. 1747), did the Big Y, and did not share 146078.

Happy Holiday Season everyone. For this column I have tried to put together the most recent results of the Big Y testers that fall into Block 5 of the Big Y tree, RDF63. I can remember when I first joined the project with my two male cousins’ kits in 2006. At that time, we were only looking at STRs and all of the men mentioned below do match with STRs with varying degrees of closeness. There was no way to determine if they were 4th cousins or 18th cousins. That now seems eons ago; so much progress has been made since then. Today, with the Big Y test, we are able to see the development of different lineages over time and begin to figure out how far back we are all connected within a haplogroup.

I just received the Big Y results from my cousin’s kit and we discovered a new SNP associated with our line, so now we can say that all male McFarland descendants of John McFarland, born 1739 in Lancaster Co. PA, who married Mary Kinder in VA around 1763, will carry this SNP. However, until we have a tester who descends from John and Mary Montgomery McFarland’s other sons, we will not know if this SNP begins with John and Mary Kinder McF. or goes back to the parent or the grandparent. So, I am putting out the call for more male McFarlands from this lineage of Robert McFarland, born abt. 1675 in northern Ireland, married to Jennet, to do the full Big Y test when they can afford it. Or, if you carry the SNP BY3019 and do not descend from John and Mary Kinder McFarland, your Big Y test results will add to our knowledge of this line. Where and when does BY3019 begin?

If you are in Houston, Texas you can visit a little McFarlane history not too far away. In Richmond, Fort Bend County, just to the west of Houston is the historic McFarlane House, built in 1882 for Isaac McFarlane’s family.

Isaac McFarlane was born in 1840 in either Jamaica, or Edinburgh, Scotland depending on the source. A biography* about his son, Judge William I. McFarlane, states that Isaac came with his physician father from Edinburgh to the West Indies around 1848. After investing in land there, the family moved to Boston for a short time before coming to Richmond, Texas. The father died and Isaac, as well as his brother James, enrolled in Terry’s Texas Rangers, Company H (8th Cavalry, CSA), participating in battles at Murfreesboro, Chickamauga, and Lookout Mountain, to name the most well-known. After being paroled on May 22, 1865 in Mobile, Alabama, Isaac made his way back to Fort Bend and married Sarah Jane Higham. They were the parents of six children, and Isaac was a successful merchant and cotton broker before retiring in 1899.

The house stayed in the McFarlane family until 1979, when it was donated to the city of Richmond and given Texas Historic designation in 1985. 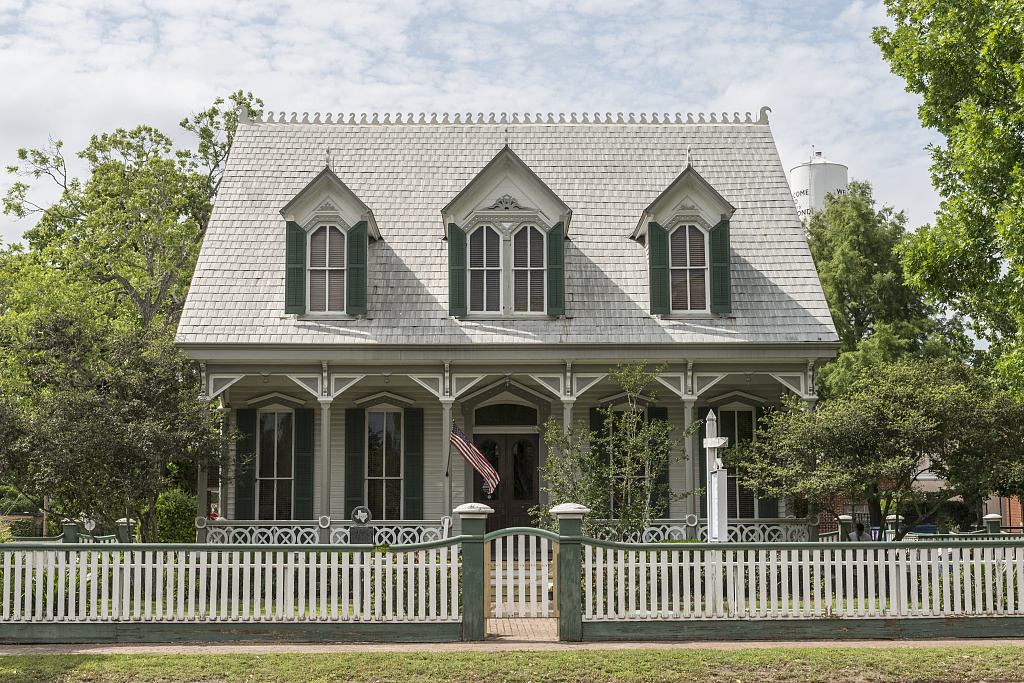 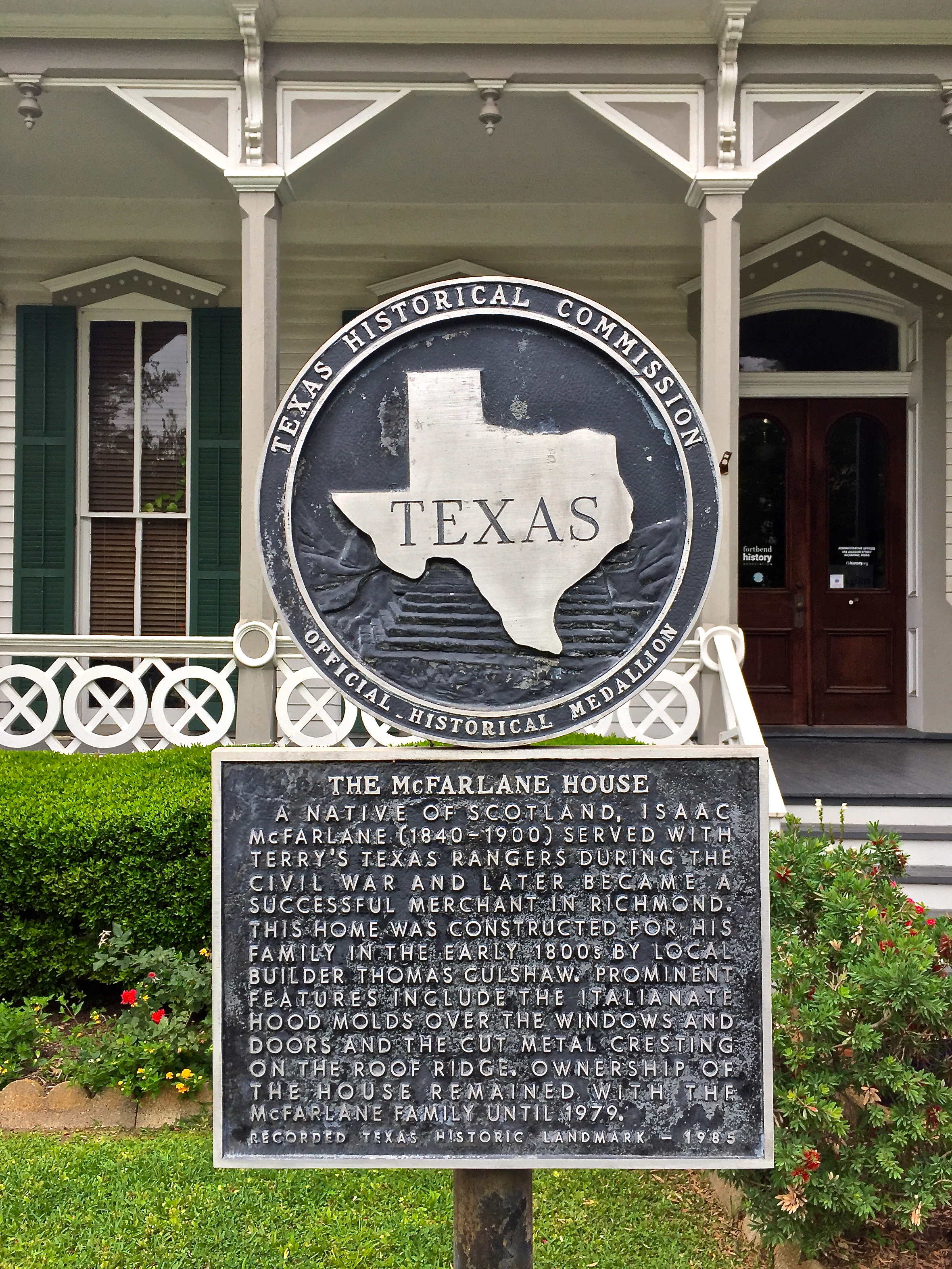 Hope to see some of you at the AMM in Estes Park soon.