2016 Walkover survey of the Arrochar Parish 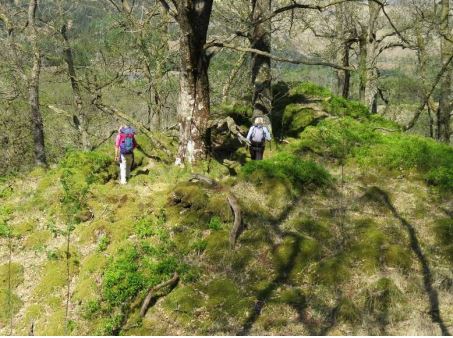 Northlight Heritage was commissioned by Clan Macfarlane Worldwide to undertake a walkover survey of Arrochar parish, Argyll and Bute, Scotland, in the spring of 2016 in order to shed light on the history and archaeology of their traditional clan territory. The survey was undertaken by members of the local community, the Association of Certificated Field Archaeologists (ACFA) and students from the University of Glasgow and was led by Northlight Heritage.

A total of 88 sites were identified, the majority of which were new. The new sites were rapidly recorded and included 22 single house/barn/byre sites, 21 single shielings or groups of shielings, 9 farmsteads consisting of groups of more than one structure, four earth or stone banks, three possible mills, three building platforms, three clearance cairns, two enclosures, two concrete platforms, two kilns, two bridges, two knocking stones and two sheepfolds. Earth banks and areas of rig and furrow were common features in the landscape but were generally not recorded unless they were associated with a structure.