Scottish Customs From the Cradle to the Grave
by Margaret Bennet
Copyright 2004—Published by Birlinn Limited, Edinburgh, Scotland 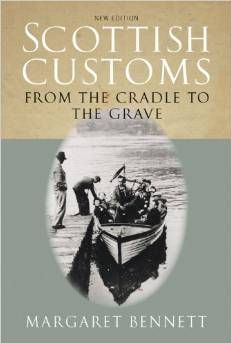 Ms Bennet describes herself as a folklorist and suggests that her obligation to her subject requires that she describe the various nuances of Scottish traditions from each village and district even though distance between two may be just a few miles and the differences in the tradition only ever so slight. She uses a general descriptive approach substantiated by numerous anecdotal accounts often given in the vernacular or even in Gaelic. I cannot in any way criticize her approach even though I found her book often overly repetitious and very difficult to decipher because she is not writing for an American reader. What I did find to be so personally interesting, and which kept me involved in her work, was how many of the old Scottish traditions and customs described are so familiar to me from my own upbringing and society. Her descriptions of some of these ancient traditions clarified many odd customs that my own family and society seem to follow.

In her book, the author deals with the major life events: birth, marriage, and death. Expectant mothers were told to "nurse your child this year and do your business next." (p. 4) For expectant mothers in Scotland prior to about the mid-twentieth century, pregnancy and birth were anticipated as a perilous journey. When a child was born, there was a feast called the "merry meht." Indeed, no matter what the event in Scottish life, the people gathered for food and fellowship. This is obviously a tradition that has continued in my Southern heritage, but one that I see losing emphasis in the generations following mine. 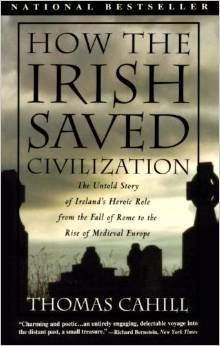