Diaspora - October 5, 2020 - The History of the Church in Luss Link to Recording 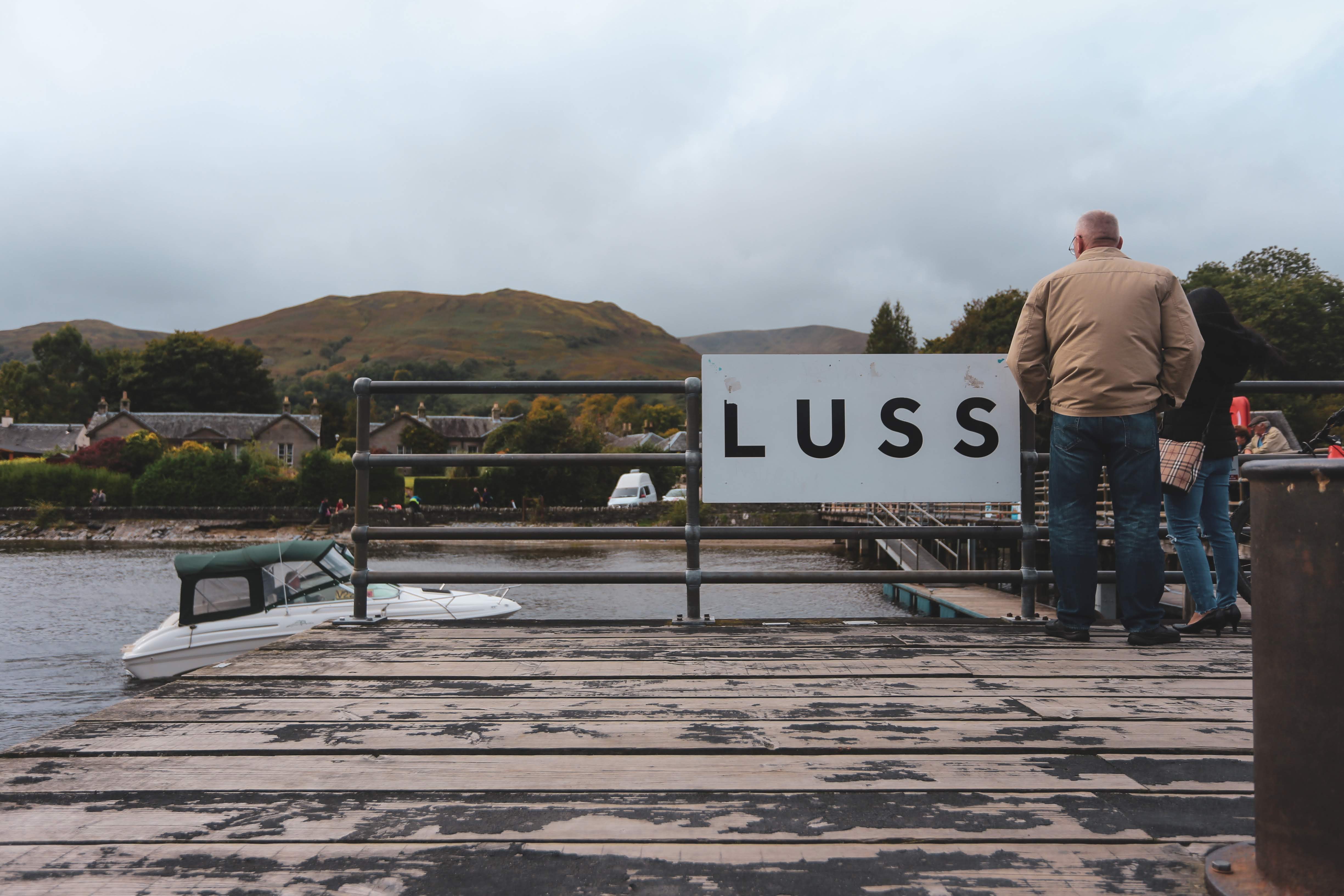 If you are NOT a paying member, that's SAD!  So consider joining so that you can enjoy all the benefits of membership.  To join, use the link at the menu bar above for Your Membership and join.  It is soooo inexpensive!

Paying Members can now view the recorded webinar.  (WARNING!!!  This is a very large video so it takes time to load.  Press the link and then walk away and get yourself a cup of tea, a glass of whisky, and some cookies.)

Open the Read more, sign in if you haven't already, and the pdf below will open the link. Enjoy!

Clan MacFarlane Worldwide is now 10 years old.  We have had quite the ride.  For some of you, you have been there with us every step of the way.  We started as an idea in Scotland, and by July 4th, 2010, a group of like-minded worker bees decided we should strike out on our own.  And so here we are years 10 years later.

In 10 years' time, we have received our letter of determination from the IRS to be a U.S. 501c3,  taken a large tour group to Scotland and Ireland.  We have hosted a Digital Gathering featuring the Lord Lyon, hosted countless Highland Games from New Zealand to California, New England, Florida, Texas, Canada, and all points in-between.  We have a small store where friends and families can purchase t-shirts and tartan ribbon.  We have sponsored archeological digs and muniment projects.  To say it simply...WE'VE BEEN BUSY!

So, today we release the September Loch Sloy! which is our quarterly magazine.  Within this issue are photos and thoughts from the days of "thinkin' about starting" to links to our own Clan MacFarlane Worldwide YouTube(tm) channel.  Are we boasting?  Perhaps we are, but in 10 years' time, we are here and we don't see an end to our MacFarlane Journey.

We hope you are a paying member.  There is much on the horizon to do and experience.  Next year, we hope to take our second group to visit Scotland (as long as this year comes to an end).  So Steve and I lift our cup to toast Clan MacFarlane Worldwide, Inc., its founders, its current Board of Directors, our tent Delegates, our Advisory Board, and all those who have become a part of the MacFarlane Journey.

This webinar explores the story of Luss Parish Church. Located in the heart of our clan lands, from its origin by St Kessog and continuing through the ages, we present its fascinating history and reveal the reasons behind the Church’s close association with the MacFarlanes.

We will be live-streaming the event to  members of Clan Colquhoun and Clan MacFarlane Worldwide whose dues are up to date. This be your opportunity to learn more about our shared heritage and to take part in the discussions.

The first 100 people to register and join via Zoom will be able to participate in the live Q&A   with George Kirkpatrick and Panelists from Clan Colquhoun and Clan MacFarlane.

Register for the Seminar

Register in advance for this webinar:

After registering, you will receive a confirmation email containing information about joining the webinar.

Not a Member of Clan Colquhoun and want to attend?

Not a Member of Clan MacFarlane Worldwide?

About the Speaker, Panelist and Host:

Sir Malcolm Colquhoun, 32nd Laird, 9th Baronet of Luss, Chief of Clan Colquhoun is a Scottish farmer and landowner, as well as the owner (with his wife, Katharine) of a thriving schools empire in London. He came into education by accident almost thirty years ago, when Katharine Mears (now Lady Colquhoun) asked him to help out with the administrative side of Broomwood Hall, the school she had just founded. By training as a surveyor, Sir Malcolm’s career until then had been in the fields of property finance and development, as well as a couple of (he admits, inglorious) years in the City. He now divides his time between his interests in Scotland and London.

Patrick Calhoun is First Vice President at Crews & Associates, an investment-banking firm in the U.S. and is a life-long student of history, political science, and economics. Patrick has served on the board of various historical societies and public policy organizations. He has written articles and essays on economic policy, is a certified instructor of investment fundamentals for bankers, and is the author of two textbooks on investments. Patrick and his wife, Julie, sponsor an annual Leadership Scholarship sending college students to the Youth Leadership School in Washington DC. Patrick is devoted to family history and his personal goal is to promote, protect, and preserve the Colquhoun legacy worldwide.
Patrick is the President of the Clan Colquhoun International Society

Born and bred on a farm in Dumfries and Galloway (George father was a farmer). George served 12 years in Her Majesty’s Royal Navy and 30 years as a Police officer. Married to Margaret with 3 daughters and 8 grandchildren, George was a founding member of the Clan Colquhoun Society (UK) in 1998 and served in a number of offices in the Society, culminating in the office of Chairman between 2009 and 2012. His hobbies are Scottish and Clan history, Green Bowls, Gardening and he is a fervent supporter of Rugby Union at local, professional and international levels.

Laurie McFarland Jackson was born and raised in McFarland, California, a small farming community founded in 1904 by her great-grandfather, James Boyd McFarland. Before her retirement, Laurie was a school social worker, teacher, and guidance counselor. She is married to Don with 2 children, 4 grandchildren, and 2 energetic English Springer puppies. She was a founding member of Clan MacFarlane Worldwide in 2010, and has served in a number of Board positions and on many committees. Laurie is currently President of CMW. Her hobbies are genealogy, travel,and reading. She and Don have a joint hobby of refurbishing vintage travel trailers.

Born in the US, and raised in Italy. His Macfarlane ancestors received Gartartan from James V in 1531 and spent most of the next 300 years marrying their neighbors from Drymen to Doune (with a few brides coming from further afield such as a daughter of Colquhoun of Camstraddan) before emigrating to Canada. Married with two sons and a first grandchild due next Spring. He served the late King Peter II of Yugoslavia in his exile and became an archaeologist in the UK before engaging in business in the US, retiring from his last corporate board in 2008. An officer of the old Clan MacFarlane Society from 1980 to 1990 (VP of Genealogy), he became a founding member of Clan MacFarlane Worldwide (CMW) in 2010. Being an avid genealogist since college he has run the MacFarlane DNA Project at FamilyTreeDNA since 2009 and been a member of CMW’s Genealogy Committee since 2010. His hobbies include visiting his Scottish family and friends each Summer, genealogy, heraldry, mowing an acre of lawn, and walking his pug dogs.

A Yorkshireman, from Leeds in Northern England, Michael is the Executive Director for Clan Colquhoun. Michael enjoyed a successful career in the Broadcasting and media industry working at Channel 4 and Sky Television.  At the invitation of Sir Malcolm Colquhoun in 2012, Michael began the process of establishing the Clan Colquhoun International Society, and put in place the framework to further develop the Society. Michael is proud to be associated with the Clan Colquhoun International Society and is passionate in his involvement in establishing a global presence for it. When not involved with business or Clan Colquhoun, Michael enjoys gardening, DIY, traveling, and playing golf (badly).