What is the magic of golf that grabs my husband's attention and won't let him go?  Is it the whispering of the TV commentators.  Shhhh.... speak softly and talk endlessly about swings, distance, traps and more.  What is it?

My Dad played golf until he felt he was too old to walk the entire course and proudly carry the bag himself.  He did bring home a few trophys.  He had great stories about the golf course near Cape Canaveral, Florida, where you would never try to retrieve your ball from the water because, of course, there were alligators (or were they crocodiles). I actually remember seeing them.  He once took me along to the golf course at West Point Military Academy.  He had me carry the bag.  I don't have any fond memories of that excursion.  During a family evening meal, I suggested Mother, my two sisters and I take golf lessons so we too could play.  My father, who never, ever kept me from pursuing anything looked up and said in a very firm voice "Absolutely not!"  The 4 of us snickered at the thought that we had hit a hot button for my Dad.

Again, what is it about golf?

My husband's eyes glaze over with the thought of heading out to play a round of 9 holes at the course in Vassar, KS, where the owners let the sheep out to trim the grass at the driving range and keep it looking oh - so - nice.  He is almost giddy when he asks me to play a round and I answer "yes."  I always do my best to sound enthused with the idea of walking up and down hills in the humidity and heat while I attempt to look "golfish."

A fellow law librarian was almost in tears when I brought him a golf towel labeled St. Andrew's.  I could not bring myself to tell him I bought it at a local gas station during a quick stop on our bus tour in Scotland.  Years later he told me he cherished it.  I still could not confess.

According to the internet and the trusty Wikipedia, Golf was first played in the 15th century.  According to my old friend, Wikipedia, the word "golf" appeared twice in the Acts of Parliament  of 6 March 1457.  Time to copy and paste from Wiki... "The Act, which ordered the holding of wappenschaws (English: musterings) four times a year for the purpose of archerypractice, stated that "the fut bal ande the golf" (football and golf) were to be "vtterly criyt done" (condemned; lit. "cried down") and "nocht vsyt" (not engaged in; lit. "not used").[14] Offenders were to be punished by the barony courts, otherwise they were "to be tane be the kingis officiaris" (arrested by the king's officers)."  This all happened during James the II reign.

And of course, there are the oh so familiar terms from golf that have their first debut:

When you think of Scotland and golf, you think of St. Andrews.  Looking at the St. Andrews Links homepage, the Links describes themselves as having evolved over the past 600 years.  There are apparently over 7 public courses at St. Andrews, and they boast that over 230,000 rounds of golf are played there every year.  They also have a golf academy, 3 clubhouses and 4 golf shops.  And not to prove a Wikipedia entry to be incorrect, but St. Andrews says that it all began in 1123 when the land was set aside.  King David I charter ratifies that the Links is common land that belongs to the townspeople of St. Andrews.  They go on to say that golf was being played throughout the 1400s at St. Andrews.

On the history page for the Links, in 1865, Tom Morris apparently returns from Prestwick, Scotland to St. Andrews.  (I've actually been to Prestwick - it was the coldest I have ever been in my life.). Mr. Morris became the Keeper of the Green.  For more of the history specific to golfers at St. Andrews, the Links has a great website for you to peruse http://writeyourownhistory.standrews.com/our-history. Fun page!

So, I still do not understand the pull of golf.  It is a very frustrating game.  I have started playing with Steve on the little 9-hole course.  But I will confess that on one particularly bad day, I could be seen throwing my club.  I had lost my ball to the pond on the 8th hole, once again.  That pond and I have a hate-hate relationship.  I feel like I should just walk up to it and throw a ball in.  A sacrificial donaton just in case it might have some Scottish Doyen at the bottom who will grant me passage over and beyond the dreaded 8th hole pond.

So thank you Scotland, for the invention of golf.  The one sport that is viewed in our living room, where my husband is not hollering "shoot" or "run" or "ha-ha-ha-ha" with a bag of nacho chips and a bowl of guacamole.  I cannot imagine watching golf with guacamole!  Sacrilege!

So with that, I'll leave you with the recording of Robin Williams discussing how the Scots invented golf.  Hilarious.  And this is the clean version.  The other one is funny too, but he managed to get through his invention of golf without one explative.  https://www.youtube.com/watch?v=fui7yvebIdk 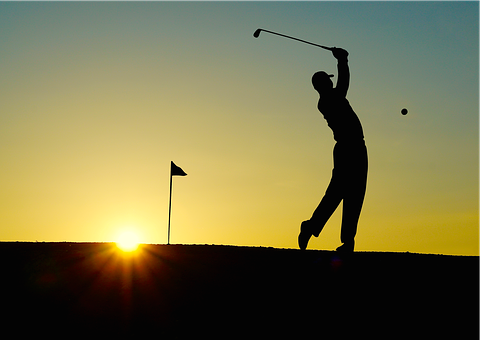 My birthstone is the Garnet.  I'm a January baby.  There is a lovely little town south of here called "Garnett, Kansas."  But up until today, I had never heard of the Gannett.

I learned of the Northern Gannett while watching a DirecTV recording I had made of a PBS NOVA program on the Vikings.  it appears that the Vikings would scale a treacherous seaside cliff to collect baby Gannetts because they were "yum... good eats."  Sorry about that, but really, beside an egg or two, the younger birds were considered the best thing to add to the Viking diet.

So this got me to wondering about the birds of Scotland.  I did land upon a great website that included not just information about the Gannett, but other Scottish seaside birds, The Scottish Seabird Centre.  The website even provide spectacular photos of the various seabirds.  I wish I could share them with you, but copyright, such as it is, must be honored.

If you are curious about the Puffin (the "clown of the seas"), the Gannett, the Kittiwake, Cormorant, Shag (bird, not carpet or hairstyle), Guillemot, Razorbill, Fulmar, Gull, Elder, or Tern, then find your way to the Scottish Seabird Centre website above.  Pretty interesting stuff!

As of the writing of this blog, it is official.  I am now OLD.  When I was in grade school in Florida, I remember listening to my parents talk excitedly about the National Geographic book they received with a 45 recording of various bird calls.  I thought, boy are they OLD!  So today, I can confess that I stare out our back sliding glass door to watch the red birds (cardinals) and other pretty birds devour the bird seed we painstakingly make available every day for our variety of birds.  And now, I'm totally engrossed in the idea of learning more about the Gannett as well as the Puffin.  Oh well.  I realize it might seem silly to be excited about birds, but then, perhaps you are not quite as old as me.

For now, enjoy this free image I just found of the Northern Gannett, but don't feel too old if you do, in fact, enjoy the photo. 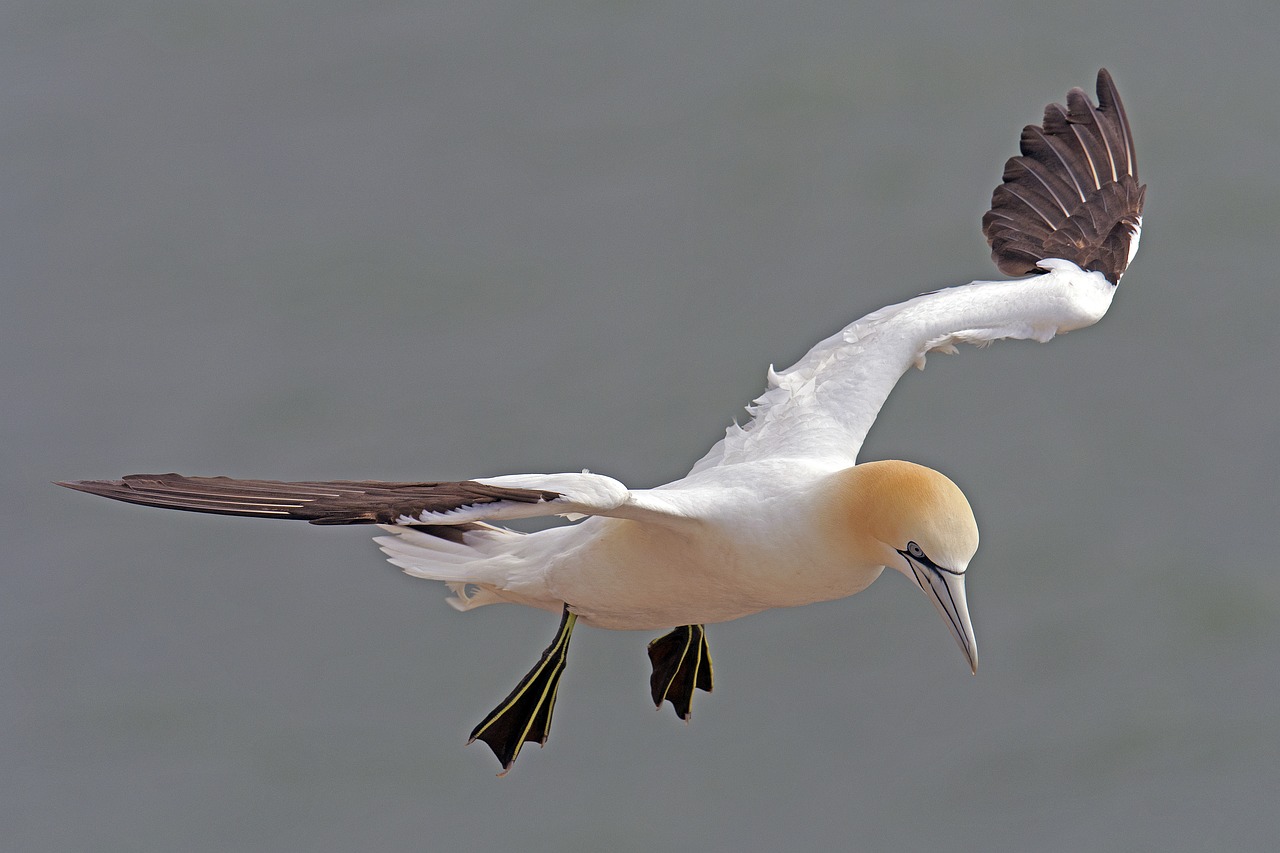 I can buy steel cut oats, instant oats, Quaker oats, Old Fashioned oats, Organic Oats, Oatmeal with extra protein, rolled oats, and I'm sure some I have not thought of.  Per Wikipedia, oats are from "Groats," which are hulled oat grains (not to be confused with one of my favorite new movie characters, "Grute").   The description continues:  the oats can be milled, steel-cut or rolled.  Ground oats are considered "white oats."  Steel-cut oats are considered "coarse oatmeal" or "Irish oatmeal" or "pinhead oats."  Rolled oats are thin or thick and considered either "old fashioned" or "quick" or "instant."  Whew!  Thanks Wikipedia!  https://en.wikipedia.org/wiki/Oatmeal.

If you are in Scotland, the oats are ground into a powder, and may be called various names too.  "It may be ground fine, medium, or coarse, or rolled, or the groats may be chopped in two or three pieces to make what is described as pinhead oatmeal.[13] Ground oatmeal, rolled oats, and pinhead oatmeal, are all used (throughout Britain); one Scots manufacturer describes varieties as "Scottish Porridge Oats" (rolled), "Scottish Oatmeal" (medium ground), and "Pinhead Oatmeal".https://en.wikipedia.org/wiki/Oatmeal.

And in Staffordshire. there are Staffordshire Oatcakes.  These look like blintzes to me.  Very thin and cooked on a griddle and then filled with the usual breakfast fare of eggs, sausage, mushrooms.

Now, I know that we eat oatmeal because it is hearty and healthy and a good source of fiber.  But I suddenly had a flashback conversation with my Dad.  He mentioned using oatmeal in the radiator of his car for a quick fix for a leak.  So my question is this:  if oatmeal can be used to patch a hole in a radiator, why is oatmeal considered great fiber for our system, and why doesn't it get stuck?